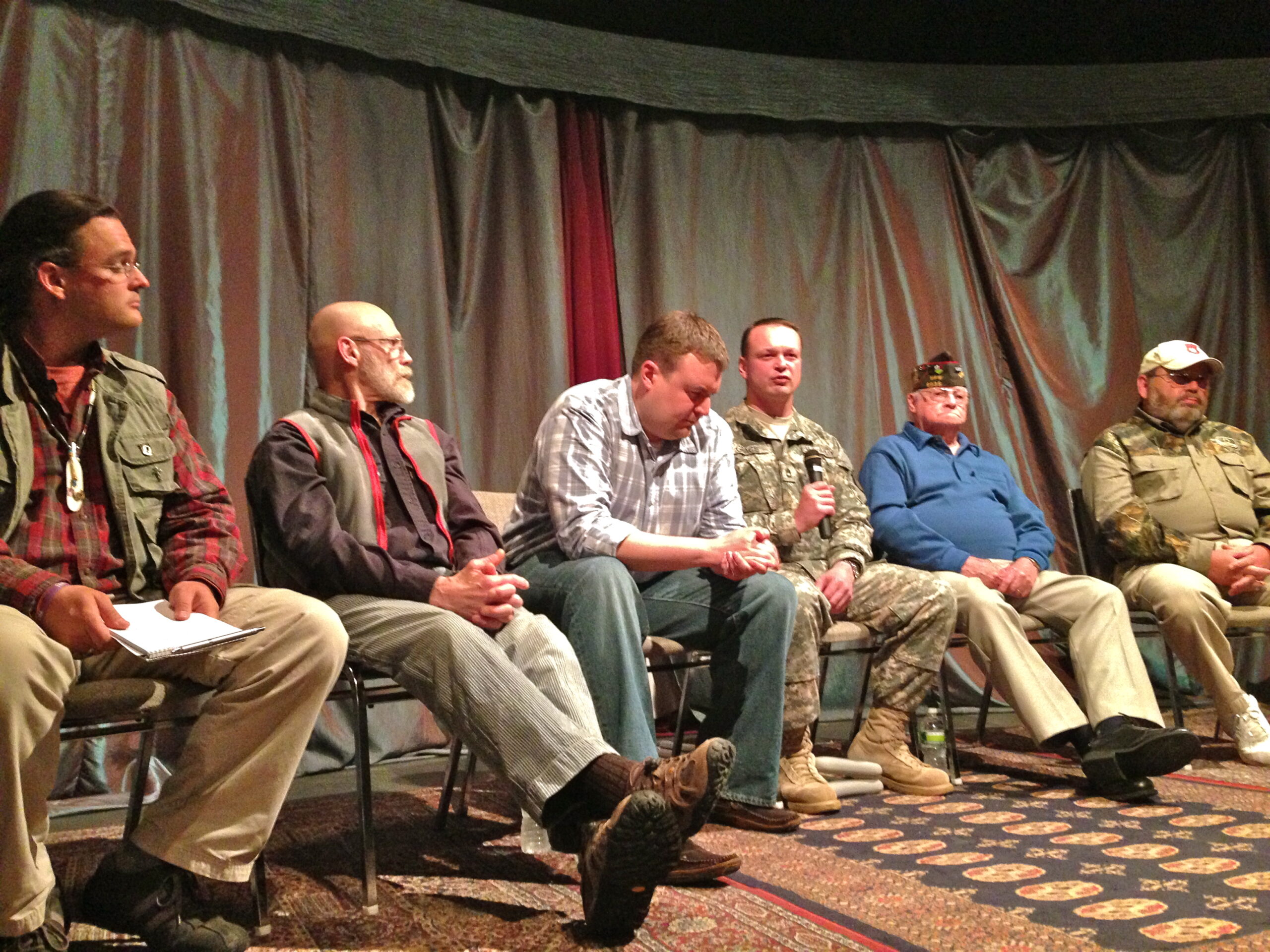 One way you celebrated when you got back to Maine?

What was your favorite MRE?

One thing you know now that you wish

you knew before you deployed?

All The Way Home was a community arts project that used storytelling and performance as a way for Maine active duty and military veterans to help each other build good lives with strong community ties and come ‘all the way home.’ The project engaged over 100 active duty and veterans from 2014 to 2016.

Each veteran partnered with a graphic novelist/comic book artist, who collaborated with Pottenger to create individual comic books/graphic novels of each veteran’s life story. All The Way Home culminated in a series of performances incorporating stories from their experiences in the guard, at home, some shared in the comic books.

A very special All The Way Home workshop was held at USM Vets Center with Maine vets who served in Iraq and/or Afghanistan. Attending the workshop with us
were our Congresswoman Chellie Pingree, Maine Arts Commission Executive Director Julie Richard, and then-NEA Chairwoman Jane Chu.

The workshop was rendered in comic book panel by artist Jay Piscopo:

The project included two years of story exchanges, film screening, pannels, and workshops throughout Southern Maine with veteran and active duty military personnel who had served in Iraq and/or Afghanistan and were battling PTSD. All the way homes many forms generated stories of a diversity of experience, life skills and perspectives.

Simply telling and listening to each other’s stories of humor, courage, challenge, insight, loss created connections that could last for the time it takes a story to be told or for a lifetime. Initially, veterans played central roles as workshop storytelling participants. As the healing progressed, they took on additional roles to develop All The Way Home into a successful project for themselves and other veterans throughout the region.

This Vets-Helping-Vets project with emphasis on strategies and insights on how they have succeeded in ‘coming home’. The experience was designed to allow veterans to regain a sense of possibility by strengthening their core sense of self, to develop their own team of veterans and supporters, to increase their relationship to the community in general, and to improve their own and their colleagues economic security by leveraging the stories and performances into revenue-generating experiences.

All the Way Home was generously supported by the Maine Arts Commission, the National Endowment for the Arts, the City of Portland, the Portland Vets Center, and the USM Veterans Resource Center.